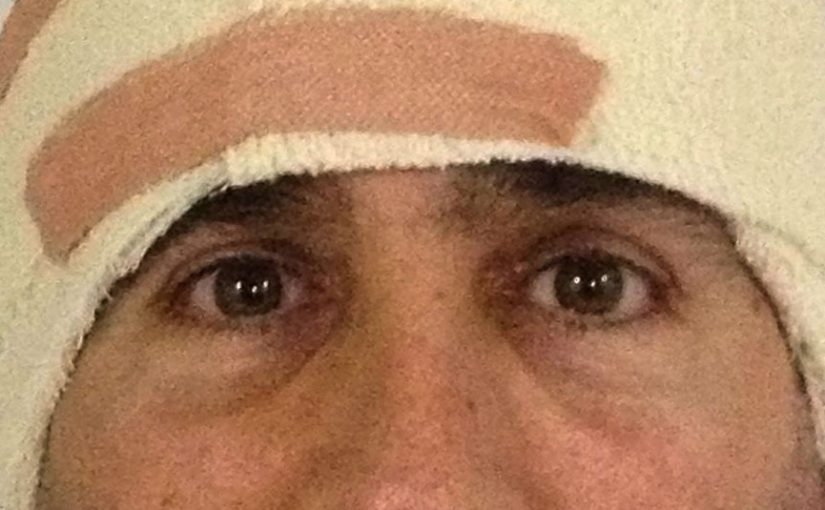 In Dec 2013, we left the sunny shores of Sydney to return to London, UK for a stint after 17 years living overseas. We had some apprehensions but also excitement about a different path and opportunities. Like most people, we had a plan of what we hoped to achieve in the following few years.

Less than 6 months in and Joe was establishing himself in his new role at work, we were in the process of getting and setting up a home in London, we’d managed our first European trip to Barcelona and we were looking forward to a family wedding in Spain. We were grateful to be closer to family and were enjoying catching up with friends on this side of the world. We had a lot to look forward to.

Then wham, bam, out of nowhere, our course of life changed beyond imagination. In June 2014, Joe suffered a severe brain haemorrhage from an [unknown] brain aneurysm which ruptured. Our lives were thrown in a direction we could never have imagined. 50% of people don’t make it past 48 hours. Joe was in a medically induced coma for 2.5 weeks. He was not expected to survive when he was weaned off the coma drugs. He did. He was then given a high percentage chance of being in a vegetative state (yes, that’s a medical term, aka semi conscious) for the rest of his life. Joe proved otherwise.

Surviving is a massive hurdle and comes with immense gratitude. But the brain and body rarely bounces back to it’s former state, and what lies ahead after survival is a looooooong journey to recoup and relearn as many skills as possible that were previously taken for granted. The ability to do something seemingly straight forward as open an eye or swallow can not be assumed after a trauma to the brain.

Joe’s brain haemorrhage caused a stroke which led to left side weakness. Many every day functions performed by parts of his brain that sustained injury have been affected. He developed ‘fluid on brain’, a common complication which led to 4 operations and another smaller bleed. The path of recovery has been far from straight-forward.

This page has been set up 21 months after Joe sustained his injury, coinciding with Brain Injury Awareness month 2016. It has been difficult to write about the journey before now. But we have learnt much and been greatly inspired by others who share their stories; the time feels right to give back and share Joe’s. This page is primarily intended for friends, family and colleagues who have supported us patiently from afar, often hearing little back but holding faith. Going forward, we hope to use this page to keep people updated on Joe’s progress and achievements. If our writing helps others in their journey after a brain injury and builds awareness for all the ‘survivors’ out there, then we are humbled and feel grateful to be of service.

Joe spent a year in different hospitals. Nearly 2 years on and our ‘work’ continues to be centred around intensive therapy.

The journey is one of hope, progress and new achievements. But also hard work, pain and grief. We plan to share all angles and help contribute to building awareness of brain injury and what it means to survivors and their families. We never imagined this would happen to us. But it did. It can happen to anyone . . .

Thank you for visiting.